So, you are ready to move forward and have your first session with your Hypnosis Professional!  Now, you would like to know more about hypnosis and what to expect on that first visit, right?  Let’s dive in and talk about what you can expect, what hypnosis is, what it isn’t, and how to best prepare for your first session.

If you’ve made it to this page, chances are you have researched hypnosis and hypnotherapy already; learning how it can help you with your current goals.  However, there is so much to learn about hypnosis, that you may not know that hypnosis has been around just about as long as recorded history.  In ancient Greece and Egypt, hypnosis was used with a different name – temple sleep.

Temple Sleep involved going to – you guessed it – the temple.  There, they would be directed to begin chanting for a fairly long time.  When they had sufficiently chanted, they were escorted to a chamber with a bed.  There, they would lay down and commune with the gods, allowing them to seek healing from so many different ailments.

Today, we know that this was caused by the chanting inducing a hypnotic state, then as they remained in trance in the bed, they would focus on their intended goal (healing of a certain area of their body).  This is just like our modern-day self-hypnosis – finding our way to a trance state and giving ourselves hypnotic suggestions for healing.

Since the days of temple sleep, things have changed significantly and more research has been done.  Some has been world-changing in mental health and healthcare, while other things have been less effective.  The most blatently incorrect assumption about hypnosis came before the term was coined in the 1700’s by Franz Anton Mesmer.  Mesmer believed he had discovered channels within the body that contained a magnetic liquid that could be manipulated for change.  In 2022, it would be absurd for anyone to believe this to be the case, but at the time of Mesmer, this was a believeable hypothesis.

Many followed Mesmer and he saw amazing changes happen in his patients.  Was it the mystical magnetic fluid in the body that made these changes?  Not at all, it was simply the way that he would proceed to “manipulate the fluid” that caused an intense hypnotic state, allowing for his suggestions of change and healing to take root in the unconsious mind.  After his theory was proven inaccurate, Mesmer lived out his life in poverty and obscurity.  However, his legacy lives on to this day and can be seen through our modern-day language – have you ever been mesmerized by something?  You can thank Mesmer for that!

As time moved on, we saw more understanding grow through the work of people such as Dr. James Braid, Dr. Milton Erickson, and Dave Elman.  Though these names might not appear to be in your daily discussion, they each played significant roles in how we use hypnosis today to help people achieve their goals, change their habits, and provide them with the ability to believe in themselves!

There are about as many answers to this question as there are people in all of time and history that have experienced hypnotism.  Just like the uniqueness of our fingerprints, no two people experience the hypnotic state EXACTLY the same.  For some, they may experience a deep relaxation that makes them feel like they’re sinking into the chair, floating like they’re drifting away with a balloon, or the amazing sensation that they are sitting in a chair while a hypnotherapist is talking to them.  Regardless of how you experience hypnosis, with a good hypnotherapist, you will benefit from the amazing changes that can occur with hypnosis.

I have had clients describe to me that they hear my voice just as clearly as when we are talking prior to the start of the session, while others have described the sensation of my voice sounding garbled and distant, much like the teacher in the Peanuts cartoons.  Still, others have described it as hearing everything I was saying, but they just didn’t care to listen because they were so relaxed.  Regardless of that experience, the unconscious mind is ALWAYS listening.

Much of the idea that people are out cold, like they are fully asleep, or that they won’t remember anything that was said or done comes from television or movies.  In reality, everyone experiences it differently but the vast majority are fully aware of what is going on around them.  Television and movies have a tendency to take the basics of hypnosis and make them into a more mystical or nefarious process.  Some of the most common myths about hypnosis are: 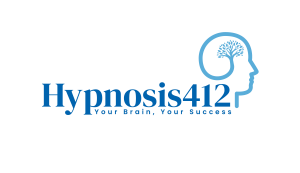